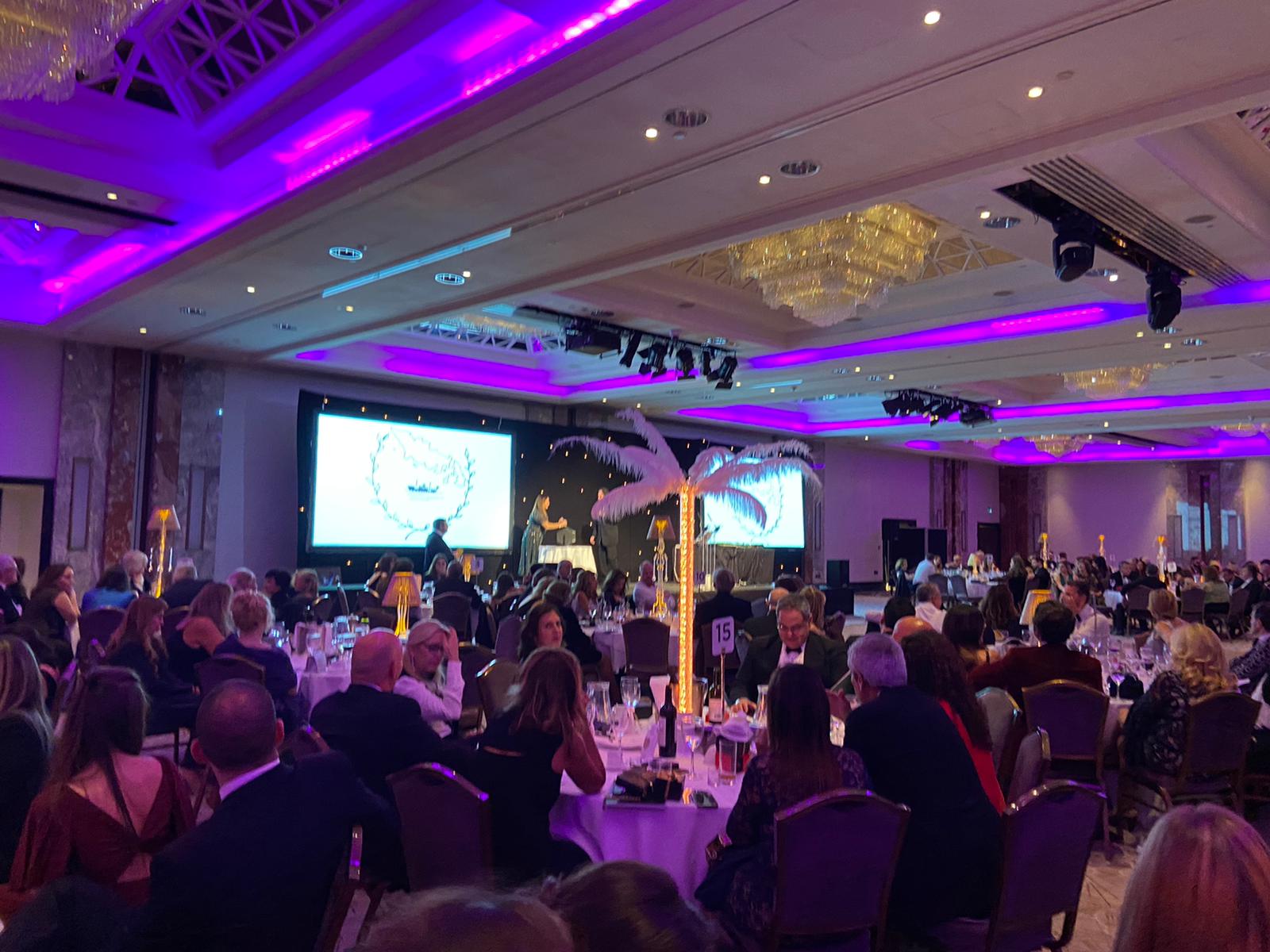 On Saturday 13th November, as the sun set on a mild autumnal evening in West London, the Royal Lancaster Hotel, London W2, was once again the chosen venue for the Oinoussai Benevolent Fund’s annual dinner dance event.

Friends from London, Switzerland, Greece and beyond were welcomed to The Nine Kings Suite where nearly 300 people came together for an evening of good food, surprises and great entertainment.

The striking table décor along with the superb lighting created an ambiance of warmth and vibrancy as the guests made their way to the tables. The tables were adorned with gifts from Carpo and little bottles of liqueur from Roots. The star cloth at the back of the room between the two giant screens glittered and enhanced the special mood.

The OBF President, John M Hadjipateras, welcomed everyone in an emotional speech and acknowledged the friendship and support for the Fund with this wonderful attendance. He spoke about the strides made on the island despite the pandemic. He spoke about the new challenges facing the inhabitants in all aspects of their lives and emphasised the continuing importance of OBF and the pivotal role it plays. He was delighted to see not only first time attendees but also several tables filled with young adults and challenged them to help move the Fund forward towards its centenary in the next two decades.

The menu was an eclectic mix of a scallops and crab starter, followed by a main of fillet mignon and a mouth-watering dessert of orange and dark chocolate tart.

After the main course, the room was treated to a surprise video. A short promotion of the island had been prepared by Isalos.net who had organised a three day seminar on the island in July 2021. The film had interviews with locals and dignitaries along with stunning landscape footage that impressed the audience. The island looked beautiful in the summer sunshine and the guests were grateful to view these eye catching images. It warmed the room.

After the dessert, as the young ladies wandered around the room selling raffle tickets, our resident DJ Avgoustinos Galiassos beckoned us to the dance floor with the latest hit songs. The floor was packed with merry revellers as they danced away their frustrations of the past year. The Greek island songs were played and everyone linked hands to follow the lines across the floodlight floor. It was emotional and uplifting. Traditionally, the room soon welcomed the masticha liqueur ladies, in their feathered boa costumes, as they offered shot glasses to quench the thirst of those on and off the dance floor.

During a short recess in the festivities, the raffle draw took place. Twelve much sought after prizes were announced by the OBF Vice-President, George T Lemos, who entertained the audience with his usual wit. He was ably assisted by the OBF First Lady, Xenia J Hadjipateras who drew the winning numbers. A cruise, two hotel stays, jewellery and art work were some of the rewards for the lucky winners.

While some retired to the outer room to enjoy the fun of the digital photo booth which still remains forever popular, others continued to dance effortlessly to the diverse sounds from the DJ. There was a collective groan when the lights came on at 1:30 am when carriages were announced and the dance floor was still full.

This was an evening that exceeded expectations. The efforts from the Fundraising Committee and the OBF Executive Committee members to organise this event after last year’s enforced absence was supreme and the injection of the next generation of young Oinoussians and their friends enriched an evening of pure merriment. One could sense a genuineness of feeling that they found themselves together again under one roof to celebrate a long standing friendship for a worthy cause. The OBF sincerely thanks everyone for their unfailing support and will be delighted to welcome them in 2022 when the Oinoussai Benevolent Fund will celebrate its 80th Anniversary. 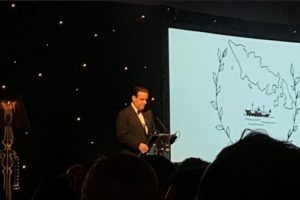 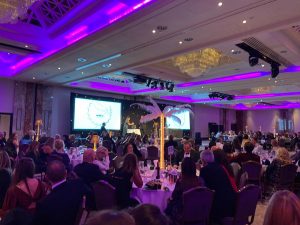 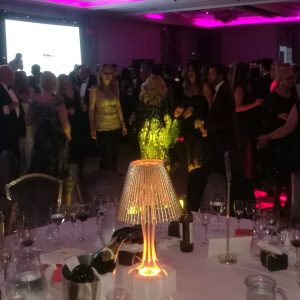 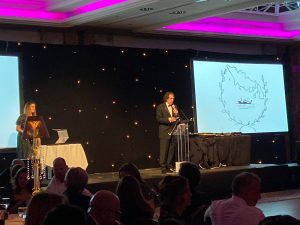