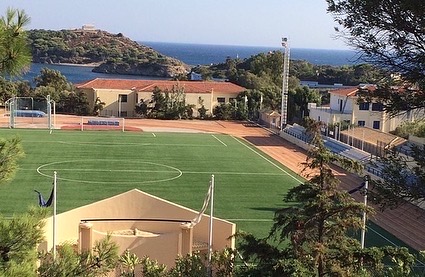 Captains v Engineers! A charity football game on the island of Oinousses.
On Friday 27th May 2022, at the Oinoussai Stadium, a friendly football game took place between two teams of cadets from the Naval Academies of Oinousses ( The Captains) and Chios ( The Engineers).The final score of this enthralling and exciting game was a one nil victory for the Engineers. The proceeds from the game were donated to a Chios charity for disabilities. The two Naval Academies thanked the sponsors for arranging this unique game. OBF were proud to sponsor this event by covering the costs of the water taxis that brought over and returned the game officials, the Engineers team and fans from Lagada to Oinousses. Despite the rivalry, the stadium was bathed with mutual feelings of respect and togetherness for this worthy cause. 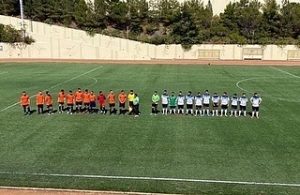 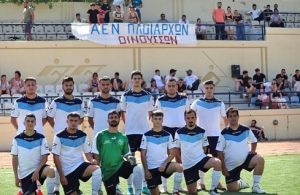